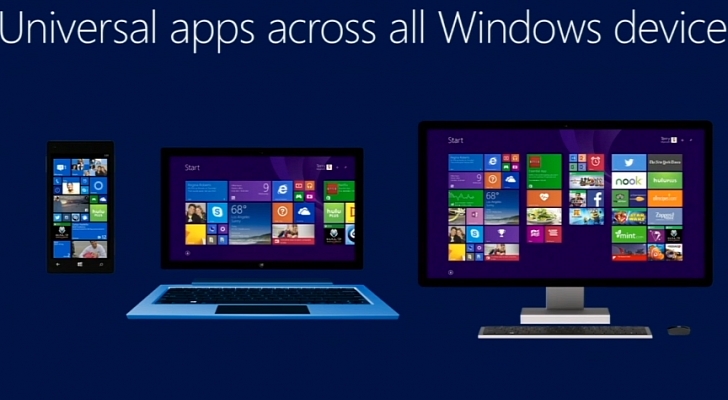 Microsoft unveils their new Universal Windows app,which could run on any windows based operating system-be it an xbox one or a pc or even a smartphone.David Treadwell,Corporate Vice President of Microsoft Operating System officially announced the Universal Windows app on April 2nd while showing the features of the new Windows 8.1 phone.

This project will ease the work of developers,as they wouldn’t have to work on different platforms separately.A new tool would select the interface and working based on the platform.It is believed to work on an online cloud storage,which will help in transferring works from one platform to another with ease.

The best thing about this project is that you can run it on all platforms, if you buy it on any one platform.The same applies for in-app purchases too.Sweet,isn’t it?Also,this would help Microsoft to overcome one of their major shortcomings in the smartphone category-The lack of apps.

Next ArticleAge of Mythology: Extended Edition, re-release with updated graphics!